Tungsten trioxide is a powder metallurgy raw material for the production of cemented carbide and tungsten products. According to the national standard (GB/T 3457-1998), it is divided into two types, namely tungsten trioxide (referred to as yellow tungsten), molecular formula is WO3, and blue tungsten oxide (referred to as blue tungsten, is a mixed tungsten oxide), molecular formula W20O58. Yellow tungsten is light yellow crystalline powder, blue tungsten is dark blue or blue-black crystalline powder.

1. Ammonium tungstate method: The tungsten concentrate is hydrolyzed by sodium hydroxide, neutralized with hydrochloric acid, and then reacted with ammonium chloride to generate ammonium tungstate, which is then added with hydrochloric acid for acid hydrolysis to generate tungstic acid, which is then decomposed by roasting. , pulverized to obtain tungsten trioxide.

2. Hydrochloric acid decomposition method of tungstate. The saturated aqueous solution of sodium tungstate Na2WO4, calcium tungstate CaWO4 and other tungstate salts is heated, and the solution is slowly added dropwise into 2-3 times excess boiling concentrated hydrochloric acid by molar ratio. According to the above reaction, yellow tungstic acid is precipitated. At this time, if the dripping speed is too fast or the liquid temperature drops, suspension or colloidal precipitation is likely to be formed, which brings difficulties to the next treatment. After the dropwise addition, heating was continued on a water bath for 1 h, and the precipitate became easy to filter. After standing, it was washed several times with 5% ammonium nitrate aqueous solution to completely remove Cl-. After filtration, it is dried at 120 °C, and finally heated to 600 °C, the tungstic acid is completely dehydrated and becomes tungsten trioxide. 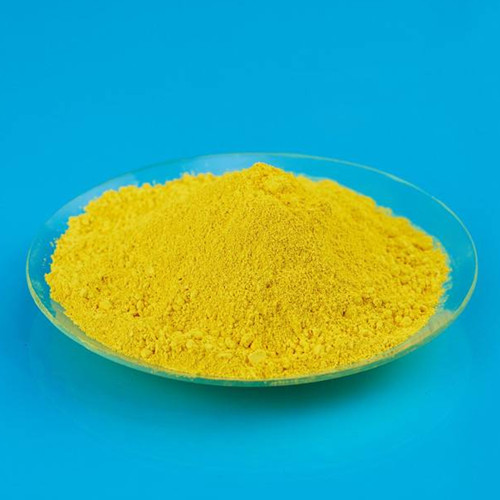 Application of tungsten oxide WO3 powder

Tungsten oxide has a variety of uses in daily life. It is commonly used in the manufacture of phosphors for industrial X-ray screens and tungstates for fire-resistant fabrics. Due to its rich yellow element, tungsten oxide is also used as a pigment in ceramics and paints. In addition, other application examples of tungsten trioxide are as follows:

In industrial production, a small amount is also used as a colorant for yellow ceramics. In the shipbuilding industry, tungsten oxide is used as an important anti-corrosion paint and coating material.

Tungsten oxide has been used to produce electrochromic windows, smart windows. These windows are electrically switchable glass that varies in light transmittance and applied voltage. This allows users to tint their windows by changing the heat or light.

The price of tungsten trioxide powder will change randomly with the production cost of tungsten trioxide powder, transportation cost, international situation, exchange rate, market supply and demand and other factors. Tanki New Materials Co.,Ltd aims to help various industries and chemical wholesalers find high-quality, inexpensive nanomaterials and chemicals by providing turnkey custom manufacturing services. If you are looking for tungsten oxide WO3 powder, please feel free to send an inquiry to get the latest price of tungsten oxide WO3 powder.

The United States urges the U.N. Security Council to impose additional sanctions on North Korea in response to its latest ballistic missile launch, including a ban on tobacco and oil exports to North Korea and a blacklist of the Lazarus hacking group.

The United States circulated the draft to the 15 members of the Security Council this week. It was not immediately clear if or when a vote would take place. A resolution requires nine "yes" votes and no vetoes from Russia, China, France, Britain, or the United States.

Russia and China have already voiced opposition to tightening sanctions in response to Pyongyang's launch of an intercontinental ballistic missile last month -- the first since 2017.

U.S. and South Korean officials and analysts also say there are growing indications that North Korea may soon conduct its first nuclear weapons test since 2017, too.

The U.S. -drafted U.N. resolution would expand the ban on ballistic missile launches to include cruise missiles or "any other delivery system capable of delivering a nuclear weapon."

What should be paid attention to when using polycarboxylate superplasticizer for C30 and below concrete?

How is lithium 12-hydroxystearate produced?

Effect of Limestone Powder in Machine-made Sand on PCE powder

Introduction to the Application of Titanium Carbide (TiC)

What is silicon sulfide?

Physical and chemical properties and preparation method of nano-silica powder…

The application of rubber Glass ballons…

What is silicon sulfide?

Silicon sulfide, the molecular formula is SiS2. White fibrous orthorhombic or tetragonal crystals are stable at normal temperature and pressure.…