Bhutan's climate is as varied as its altitude and, like India, is also influenced by the monsoons. Western Bhutan is particularly affected by the monsoon, which brings 60 to 90 percent of the region's rainfall. The climate is humid and subtropical in the southern plains and foothills, temperate in the inner Himalayan valleys in the southern and central regions, and cold in the north, with the main Himalayan peaks covered with snow all year round. 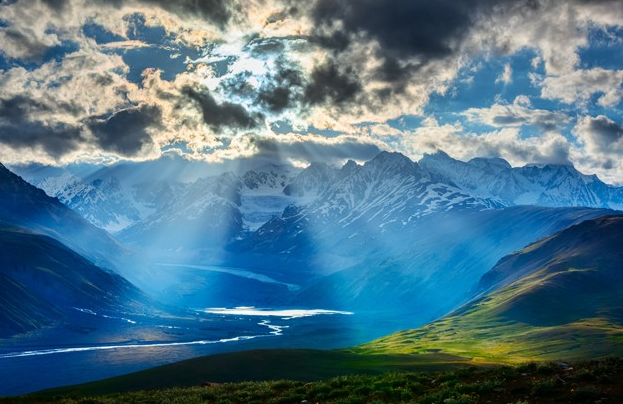 Annual precipitation varies widely across the country. In the harsh north, annual precipitation is only about 40 mm (1.6 inches) - mostly snow. An average of about 1,000 mm (39.4 in) per year is relatively common in temperate central regions, and 7,800 mm (307.1 in) per year is recorded in some parts of the humid subtropical south, ensuring dense tropical forest, or savanna . Thimphu experienced a dry winter (Dec-Feb) with little precipitation until March, where the average monthly rainfall was 20 mm (0.79 in) and steadily increased thereafter, reaching 220 mm (8.7 in) in August ), with nearly 650 mm (25.6 in) of rainfall throughout the year.

Spring in Bhutan usually starts in early March and lasts until mid-April. Summer weather starts in mid-April with occasional showers and continues until the pre-monsoon rains in late June. The summer monsoon lasts from late June to late September, accompanied by heavy rains in the southwest. Monsoon weather was interrupted by the Himalayas to the north, bringing torrential rain, high humidity, flash floods and landslides, as well as countless cloudy and foggy days. Autumn, from the end of September or early October to the end of November, is the fall after the rainy season. It is characterized by bright, sunny days and some early snowfall at high altitudes. From late November to March, winter sets in with frost over much of the country and frequent snowfall above 3,000 meters (9,843 feet). The northeast monsoon in winter brings strong winds through the alpine pass.

Since 2013, we have been arranging both private & customized Bhutan trips for our clients from all over the world.

We can also do Tibet-Nepal-Bhutan-India trips if you want to add more destinations to your Bhutan tour. Aiming at providing the best Bhutan tour service at the most reasonable cost, we guarantee that we will present you with a worry-free, unforgettable and unique Bhutan journey once in your lifetime.

Discover the Mystery of Bhutan with Us!

Save your money+Provide best service

What is the applicable scope of FeSi2 iron disilicide powder?

The preparation method of lithium sulfide

Types and functions of concrete additives including foaming agent celluar…

Why Use Tungsten Carbide Over Other Metals?…

What is Magnesium Stearate used for?…

What Advantages does Inconel Nickel Alloy have?…

Erbium oxide Er2O3 powder is a pink powder with the chemical formula Er2O3, mainly used as an additive for yttrium iron garnet and a control material for nuclear reactors.…

What is the applicable scope of FeSi2 iron disilicide powder?

Iron disilicide is an inorganic silicon compound with a molecular formula of FeSi2 and a molecular weight of 119.975. It is a gray powder, odorless, tetragonal crystals. For hydrogen catalytic oxidation and methanation catalyst.…